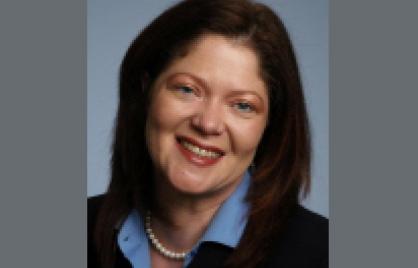 Christine Funk knows good lawyering and good science when she sees it. And she knows when they’re not so good.

After being a public defender for nearly 20 years and a nationally-recognized expert on DNA evidence, Funk knows her way around a courtroom and a laboratory.
Funk is now general counsel at the District of Columbia’s recently-created Department of Forensic Sciences (DFS), which includes the Forensic Science Laboratory, Crime Scene Sciences and the Public Health Laboratory.

She gave a lecture Tuesday at the Consolidated Forensic Laboratory, an award-winning, state-of-the-art facility on Fourth Street SW near L’Enfant Plaza. In the audience were dozens of forensic scientists and technicians from DFS, the U.S. Secret Service and Metropolitan Police Department.

Funk gave the science-based professionals a look inside the mind of a criminal defense attorney and the courtroom process.

“I was the last line of defense,” Funk said of how she saw her former job. She said defense attorneys are just as staunch advocates of the US Constitution as are prosecutors, and both work to make sure its protections are upheld.

“Being a defense attorney is an art, not a science,” Funk said. Her role was not to ponder her clients’ innocence or guilt, but rather “to determine what prosecutors can prove” in the courtroom.

Because, she said, “sometimes there are cases where innocent people are charged and prosecuted.”

The testing of DNA evidence ends up excluding the defendant in 1 out of 3 cases, Funk said.

But sometimes that testing comes long after a case already has been decided in the courtroom. Funk points to the case of Jimmy Ray Bromgard, a man convicted in 1987 of raping an 8-year-old Montana girl. He served 14.5 years in prison before DNA testing exonerated him. He was the victim of bad lawyering on the part of his defense attorney and inaccurate science and testimony by the forensics expert, Funk said.

She told the forensic professionals in attendance Tuesday to remember the basics when they’re on the witness stand. “Listen to the questions being asked, and answer them fully,” she said. “And don’t volunteer what’s not asked.”

Funk’s boss says her experience makes her invaluable to DFS.

"She understands the law, she understands the labs, and she's about as knowledgeable about science as any attorney I've met,” Director Max M. Houck said. “As an independent agency, she provides us with the insights and feedback we need to stay objective. She's our keystone."

Funk’s talk was the second in the DFS Public Lecture Series.

“We have been working with our federal, local, and academic colleagues to establish lectures that are not only relevant to the forensic science and public health practitioners, but foster a better understanding of these sciences within the DC community,” said Brittany Graham, DFS’s Deputy Director for Training and Development.

“Our ultimate goal is to create a learning environment for ourselves, our law enforcement and criminal justice stakeholders, and for the citizens of the District,” Graham said.