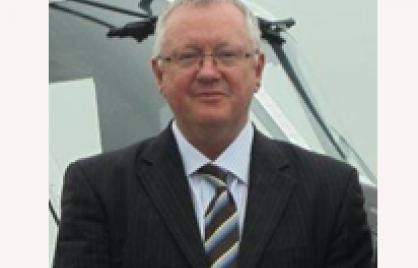 Shortly after the 2002 terrorist bombings at a Bali nightclub killed 202 people – nearly half of them Australians – Paul Reedy joined that country’s version of the FBI to put together its Computer Forensics team, which assisted in the case.

Computers, data storage devices and smartphones are ubiquitous in today’s society. And that includes the criminal world, where such technology can be used to plan and commit crimes, or can be a witness to crime, Reedy said. “Where every contact leaves a trace in traditional forensic sciences, the same principle applies in the digital world,” he said.

“My role was to pull together a cohesive and coherent computer forensics capability” for the Australian Federal Police, Reedy recalled. “The staff was spread all over the country…That staff grew from seven people to 60 in my 10 years.”

Reedy recently began his new job: head of the new Digital Evidence Unit for the District’s Department of Forensics Sciences, which this fall will be celebrating the first anniversary of its founding.

“Digital evidence is the identification, preservation and analysis of the digital crime scene and the presentation of those results as evidence,” Reedy said.

"Paul's known worldwide, he has exceptional expertise and graces DFS with an amazing level of ability,” DFS Director Max Houck said. “This unit couldn't be in better hands."

But Reedy said he was “just lucky” that he got into a career in forensic sciences while studying medical research and pharmacology back home in Australia. That led him to toxicology, he said, where he discovered forensics. “I have stayed with it ever since.”

“My whole career has been based on making a contribution to the community,” Reedy said. “I like the puzzle that is forensic sciences and making that work to serve the needs of justice.”

Among the major investigations he worked in a career that has so far spanned nearly 30 years:


Although being able to work in DC’s cutting-edge Consolidated Forensics Laboratory certainly appealed to Reedy, he said, “the biggest draw for me is always the people you work with. I’ve known Director Houck for several years, and I’ve got a lot of respect for him,” Reedy said.

That respect is mutual.

“The digital forensic expertise that Paul brings to DFS and the District is staggering,” Houck said. “He has global connections and an acute awareness of what's happening now and what's coming in the field.  We are truly lucky to have him here.”